Forced Arbitration: What Is It and Why Is It an Issue? 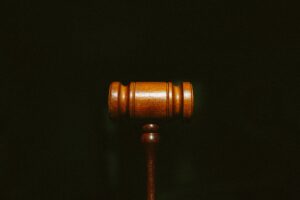 The issue of forced arbitration clauses in various types of contracts has been a hot-button issue for years. Forced arbitration provisions are, essentially, clauses in contracts that make it mandatory for one party to give up their right to sue publicly and, instead, force them to settle the issue in closed-door arbitration, which has little government oversight and is generally less likely to favor plaintiffs. This blog will take a look at the existing rules surrounding forced arbitration and how consumers may be impacted.

Many consumers have bank and credit accounts that include rules mandating arbitration and class-action waivers if they want to bring legal action against the lender, meaning there is generally not an opportunity for consumers to band together and initiate class-action lawsuits. Large banks like Wells Fargo and small credit unions alike often use such a provision in contracts with consumers. Critics of forced arbitration say that with this type of provision, corporations cannot be held accountable for unethical or illegal behavior on a collective basis, even if an illegal practice impacts millions of individuals. On the other side, those who generally support such arbitration provisions say their absence creates exposure to frivolous lawsuits.

In 2017, the former head of the Consumer Financial Protection Bureau (CFPB) sought a regulation that would have prevented financial institutions from including compulsory class-action waivers in their contractual terms and conditions, but a conservative Congress overruled it while also preventing the agency from issuing a similar rule in the future without the approval of Congress.

It is not uncommon for employers to include arbitration clauses in employment contracts; as a result, workers who want to sue for issues like wage and hour claims, sexual harassment, and workplace discrimination may be forced to arbitate rather than pursue public litigation. Around 80 percent of Fortune 100 companies have been known to use forced arbitration clauses in employment contracts, depriving employees of a legal route that many say should be available to them. All told, about 60 million Americans are currently party to an employment agreement that includes a mandatory arbitration agreement.

The House of Representatives passed the FAIR Act last fall in 2019, which would have done away with forced arbitration clauses, but the bill died in the conservative Senate. That didn’t stop California Gov. Gavin Newsom from signing a bill around the same time that prohibited employers from revoking a job offer or retaliating against employees who refuse to sign agreements that contain a forced arbitration clause. Employers are still allowed to offer contracts with these provisions, and employees are free to sign them.

In the meantime, the vast majority of consumers and employees across the U.S. are essentially stuck with these provisions. If you are in California, Washington state, or New York, though, you might have a valid case if you have experienced adverse consequences as a result of refusing to sign an arbitration-laden employment agreement.

Even if you aren’t sure of your chances in court, please do not hesitate to contact Bell Law, LLC. We are proud to stand with consumers who have been wronged by companies, and we will fight for you relentlessly in and out of court. You can reach us here through our website or call at 816-886-8206.