Illegal Vehicular Repossession in Missouri and Kansas: What the Laws Say and How Consumers Can Fight Unlawful Repos 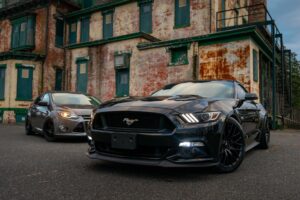 The auto-repo industry is notorious for marginal practices and aggressive tactics. When an ordinary individual is behind on car payments, they’re likely in a financially vulnerable position, making them a relative target for abusive repo practices. Likewise, such a person may feel impotent in defending themselves when a faceless tow truck seizes their vehicle at the behest of a lender, sometimes in the dead of night or early in the morning. In some cases, vehicular repossessions occur, quite unlawfully, when a consumer hasn’t even defaulted on their auto loan.

Obviously, not all car repossessions are illegal. What’s essential for an individual facing repossession, or having experienced repossession, to understand are the fundamental dividing lines between a lawful and unlawful repossession. Because vehicular repossession is often fraught with hostility and can affect a wide swath of consumers, states—including Missouri and Kansas—have passed statutes declaring what specifically would-be repossessors (auto lenders, essentially) must do before, during, and after repossessing a vehicle. This article explains such legal requirements while providing some specific, real-world examples of lawsuits predicated upon allegations of illegal repossession.

What Do Missouri and Kansas Repossession Laws Require?

Missouri statutes set forth very specific requirements for when and how a lender may repossess a vehicle. The most essential aspects of these requirements begin at R.S. Mo. § 408.554 and continue on from that section of state code. First, in the absence of voluntary surrender of the vehicle in question, a lender cannot initiate the repossession process until the borrower has been in default on a payment for ten days.

Then, in the continued absence of voluntary surrender and payment, the lender may provide the borrower with a notice letter containing information specified by statute. Importantly, the “may” here doesn’t mean that a lender may repossess a vehicle without such a notice; rather, it means that the lender doesn’t have to resort to repossession in the case of default (though they usually will). The primary purpose of this notice, sometimes called a “right-to-cure” notice or letter, is to inform the  consumer-borrower how they may cure their default so as to avoid repossession. Naturally, this will typically involve payment of money so as to bring their account current. Importantly, per R.S. Mo. § 408.555(1), the lender must then provide the individual with twenty days for remedying the default. That is, generally, the consumer-borrower gets twenty days to comply with the right-to-cure notice.

This means that, in the absence of voluntary surrender, a lawful vehicular repossession cannot typically occur in Missouri without the aforementioned series of events—i.e., consumer protections—having unfolded: the ten-day period of payment-lateness before a loan may be considered in default; provision of a specific notice; and twenty-day allowance with which to cure the default. All of this, then, generally results in an extra month (thirty days) after a missed car payment with which a borrower may fend off repossession. Importantly, however, note that these protections only exist relative to one default; this means that, if the borrower is able to cure the initial default but then defaults again, the lender needn’t comply with the notice and twenty-day requirement. See R.S. Mo. § 408.555(3).

After the thirty-day remedy period has passed, presuming the lender has complied with the aforementioned requirements, they may repossess the vehicle. Missouri is a self-help repossession state, which means that it doesn’t require a formal legal proceeding or sheriff to effect a repossession. Practically, this means that the lender may hire a tow-truck company to seize the vehicle because of default. However, Missouri’s legal repossession protections don’t end there. Generally, the law frowns upon unduly hostile behavior and excessive invasion of privacy. Broadly, this means that repossessors must seize the vehicle without disturbing the peace, in ways set forth by law.

Even then—that is, after a lender has complied with all the aforementioned requirements, including reasonably peaceful seizure of the subject vehicle—Missouri law provides further consumer protections. While repossessed cars are most commonly sold at auction, lenders must auction repossessed vehicles in a commercially reasonable manner. Lenders must also provide the borrower with a specific form before selling the automobile. See R.S. Mo. § 400.9-614. Then, after a repossessed vehicle is sold, the consumer may request, and often automatically receives, an explanation of the lender’s claimed deficiency balance. See R.S. Mo. § 400.9-614(3).

This latter point—the requirement that a lender provide, upon request, a mathematical basis for the amount the lender claims the borrower still owes after sale (the deficiency balance)—is important and demands a bit more explanation. Imagine, for example, that a lender repossessed a car that was in fine shape and on which the borrower still owed, say, $8,000. Even if the lender had complied with all notice requirements and seized the car peacefully, the lender’s claim of, for example, a $7,800 deficiency balance should likely invite scrutiny. Even with a relatively high interest rate, the deficiency balance should not normally be inordinately close to the amount owed after the car was sold, which value is credited to the borrower. If a lender sells, for example, a $6,000 car for $500 at auction, the method of sale may have been commercially unreasonable.

Kansas, like Missouri, has passed specific statutory protections for consumers faced with vehicular repossession. Kansas’ laws are effectively the same as Missouri’s laws across the most essential aspects.

Kansas houses key elements of its repossession law under the Uniform Consumer Credit Code, a body of model law that is largely uniform across a number of states. In Kansas, default is defined as either failure to make a payment per the contractual terms or the prospect of “significant impairment” to the consumer’s ability to repay the loan. See K.S.A. 16a-5-109. In the case of the former, one must skip ahead to K.S.A. 16a-5-110 to see that, as in Missouri, a creditor “may” send a specified notice after ten days and must give the borrower twenty days to cure a default. However, like in Missouri, a creditor need do this for only one default. See K.S.A. 16a-5-111(3). In the case of “significant impairment,” most commonly owing to job loss or other major financial setback, the impairment must first be evidenced by the lender.

In Kansas, once the thirty-day cure period has elapsed, a lender may, just as in Missouri, resort to self-help repossession. However, they must do so without entry into a dwelling, the use of force, or other breach of the peace. K.S.A. 16a-5-112. So, for example, like in Missouri, it should be unlawful for a repossessor to seize a vehicle by brandishing a weapon or breaking into a garage. It should be noted, however, that repo agents can almost always enter onto private property to effect a repossession as long as they do so peacefully. Most often, this means a tow truck backing into a driveway to seize the automobile being repossessed.

How Can You Protect Yourself From Illegal Repossession in Missouri and Kansas?

The easiest way to avoid unlawful repossession, and repossession generally, is, of course, to not default on car payments. This truism is, however, of no help to people who are struggling financially.

Probably the best ways, then, for someone struggling financially and with vehicular repossession to protect themselves in this regard are to be familiar with the applicable repossession laws in their state, as described above, and to document as much as possible about a repossession. Some useful considerations and practices in this regard are: keep any notice letter(s) sent (some business have taken to sending such notices via text message and such messages should be saved); keep a record of as much of your payment history as possible; use video, if possible, to record the physical repossession of a car; consider filing a police report if a repossessor has significantly breached the peace during the repossession, such as by flashing a weapon or breaking into a garage; and demand a thorough accounting of any claimed deficiency balance. Nonetheless, we have seen cases that, even where there was no default, a lender still effected a repossession. While such cases are relatively rare, they’re not entirely uncommon and are, of course, especially egregious—they amount to little more than outright theft.

Experienced consumer attorneys who are well-versed in repossession law can often help you navigate the ins and outs of vehicular repossessions. If you believe your vehicle has been illegally repossessed, you can contact the attorneys at Bell Law, LLC, who are happy to help and can be easily reached at (816) 886-8206.