PART 2 OF 3: ‘Non-Disclosure Disclosure’ is Real and Dangerous — Here Are the Stories to Prove It 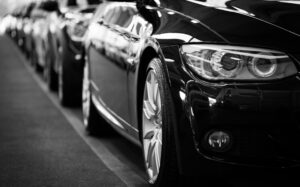 Before reading Part 2, please see Part 1 of our series on non-disclosure disclosure to get an idea of what the practice is and how some dealers use it to get cars off their lots. Bell Law has helped lead the charge against this deceptive practice and, in the process, collected stories of honest consumers who fell victim to so-called non-disclosure disclosures. Three stories below lay out the concrete perils for car buyers.

Case 1: The Undisclosed Takata Airbag. This tale begins at a seemingly reputable used-car dealership that has locations across the country. A father, for whom English is a second language, purchases a used BMW M3 for his 17-year-old son. Tucked away in the back of a stack of papers is the National Highway Traffic Safety Administration (NHTSA) form detailing the recall of the car’s extremely dangerous airbag, which was manufactured by Takata. Throughout the sales process, employees of the dealership deemphasize the recall and its serious nature. While the dealer has somewhat fulfilled its legal obligations, the buyer is headed to an arbitration hearing after a serious wreck revealed the status of the recall. Luckily, the airbag didn’t deploy in the wreck, possibly saving the young man’s life.

Unfortunately, the deaths of more than two dozen people worldwide have been linked to faulty Takata airbags. In June 2018, an Arizona man was driving a 2002 Honda Civic when he collided with a Jeep that had run a stop sign. The Takata-made airbag deployed and launched a piece of metal that struck the man’s carotid artery. He passed away three days later from his injuries.

Case 2: The Salvaged RV. This case arose in Kansas and started with a man purchasing a 2012 Forest River Rockwood, a recreational vehicle. The seller does not disclose that the RV has been salvaged, meaning the costs of a previous repair exceed the value of the vehicle. The insurance claim connected to the salvage was disclosed by the seller but the salvage itself was not mentioned on the Kansas title; the salvage was disclosed on the Nebraska title, but the seller used the cross-state sale to obscure the RV’s history. When the case goes to a civil trial, the jury agrees that punitive damages are in order.

Case 3: Thrice-Hidden, Once Sly. This third and final case study once again brings us to a dealership selling a used BMW. When the buyer attempts to trade it in, she discovers three prior accidents that were either not disclosed at all or downplayed. There were rumors of a CARFAX report, but it was not clearly presented or prominently displayed. The case goes to arbitration, where the seller admits it had a duty to disclose the prior accidents. As a result, the arbitrator concludes the seller engaged in a deceptive practice under the Kansas Consumer Protection Act.

Next Month: What to Do About Non-Disclosure Disclosure

When you buy something, you should know important details about whatever it is you’re buying. This basic bargain seems straightforward enough but there are countless nuances that can sometimes result in vehicle dealers participating in dishonest practices. Bell Law’s blog for next month will give you some of the information you need to hold these dealers accountable. In the interim, please call our firm at (816) 886-8206 to schedule a free consultation today.