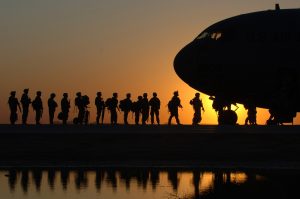 The Military Lending Act (MLA), which became law in 2006, provides certain protections to active-duty members of the U.S. military and their dependents in consumer credit transactions. It is designed to prevent service members from being exploited by predatory financial products, but changes are being proposed that may eliminate some of those protections.

Here are the two biggest things you need to know about these amendments.

Auto dealers will often try to maximize a sale by including products a consumer either doesn’t need or could get elsewhere at a lower rate. One common example is gap insurance, which is intended to protect a customer if the car is wrecked in an accident and their regular auto insurance doesn’t cover the entire amount owed on the loan.

While the buyer can get it for as little as $20 to $30 per year from their insurer, car dealers will mark it up substantially, with some gap insurance policies costing $1,500 over the course of the loan.

Under the current MLA, auto dealers are prohibited from tacking on these extra products and rolling them into a military member’s car loan. If the rules are revised, dealers will be allowed to roll in all kinds of overpriced add-on products.

The CFPB currently monitors payday lenders and other loaning companies to confirm that they are not cheating military personnel in violation of the MLA. Another proposed change is a cessation in this oversight.

The Bureau has stated that it will investigate all abuse complaints, but critics point out that before the MLA was enacted, too many service members were trapped in high-cost loans that affected their military readiness due to loss of security clearance and/or financial problems at home. In extreme cases, people can be discharged from the military for an inability to handle their financial affairs.

Other amendments appear to support the original goal of the MLA: the maximum rate of interest on covered consumer transactions would lower from 36% to 24% for service members and the Fair Debt Collection Practices Act would be amended to prevent debt collectors from calling the commanding officers of indebted military personnel.

If these two changes described above take effect, service members may be at greater risk for financial exploitation. If you are an active-duty member of the U.S. military and find yourself in a situation where auto dealers and predatory lenders try to take advantage of you, contact Attorney Bryce Bell at Bell Law immediately for legal guidance and representation. Attorney Bell is thoroughly familiar with the legal rights of both civilian and military consumers and will help you take swift action if yours are affected.