Forced Arbitration, a Problem for Many Americans, is Especially Problematic for Service Members 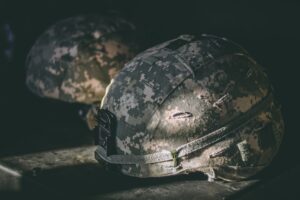 Military personnel, who offer to put their lives on the line in defense of their country, are entitled to a number of consumer protections. The Servicemembers Civil Relief Act (SCRA) and Uniformed Services Employment and Reemployment Rights Act (USERRA) provide favorable terms for U.S. military personnel in various civil cases, including bankruptcy proceedings, foreclosure, divorces, and employment-law matters.

For example, the USERRA allows employees to resume their private-sector jobs after fulfilling military duties. Within a certain period of time after a military deployment, military personnel are entitled to either the same job or a substantially similar position with their employer.

Among other things, the SCRA protects servicemembers from foreclosure during their active military duty and up to nine months afterwards (as long as the mortgage was obtained prior to active duty). It also allows servicemembers to request, in certain circumstances, a mortgage rate of six percent during their service. For more information about consumer rights and protections conferred by the SCRA, please visit two of Bell Law’s previous blogs.

A key underpinning of these consumer protections is the consumer’s right to take the violating company, employer, or entity to court. Unfortunately, many unscrupulous companies have been skirting SCRA and USERRA protections by inserting mandatory arbitration clauses in relevant contracts.

What is Mandatory Arbitration?

Mandatory, or forced, arbitration is a clause consumers find in a wide variety of contracts, including service and employment agreements. Forced arbitration requires the plaintiff, which is usually the consumer, to settle any alleged wrongdoing in arbitration, which is an alternative dispute resolution. Arbitration prevents the plaintiff from having his or her day in court.

Forced arbitration often favors the company, as the practice has scant oversight. Depending on the particular clause, companies might also be able to choose the arbitration company. Overall, mandatory arbitration weakens the consumer protections afforded by the SCRA and USERRA.

Arbitration clauses that are snuck into the fine print of consumer contracts has been a problem for years. Because Congress is currently debating the National Defense Authorization Act for Fiscal Year 2022, forced arbitration for military personnel is receiving renewed interest. As in years past, senators and representatives are discussing an amendment to the NDAA that would prohibit forced arbitration for claims related to the USERRA and SCRA.

As it stands right now, companies use forced arbitration as a quasi loophole for getting around SCRA and USERRA protections. Servicemembers who have been fired by their private-sector employers, in apparent violation of federal law, have gone to the U.S. Supreme Court and lost due to these contract provisions.

While the NDAA amendment is far from certain to pass, Bell Law will continue to keep a close eye on it and other similar legislation so consumers can be informed of their rights. Our consumer protection attorneys are always on guard against SCRA and USERRA violations. We’re here to help you get justice. Contact us today for a free consultation with our team.